In the News: Executive Profile: Saif Ishoof on being Miami’s ‘connector-in-chief’ 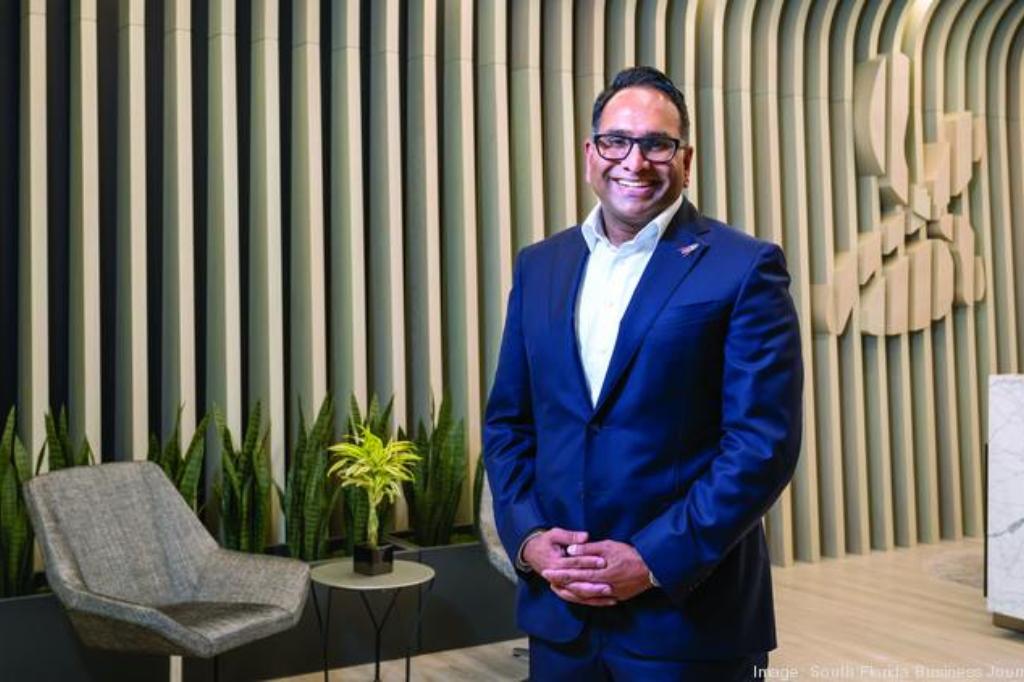 The pin is about more than making a fashion statement, said Ishoof, founder of Miami-based Lab22c, an organization that helps businesses find talent and scale. Instead, it’s a reminder of his goals as one of the most prominent local voices in South Florida’s up-and-coming technology sector.

“We want to build rocketships of opportunity big enough to ensure everyone can get to the moon,” he said. “And we can do it together.”

That involves ensuring homegrown founders, companies and locals aren’t left behind, said Ishoof, formerly VP of engagement for Florida International University. In that role, he spent years drawing on his experience as a tech founder, lawyer and investor to build and lead new partnerships at the university. He also served as an innovation and technology advisor to Miami Mayor Francis Suarez, and helped launch the Venture Miami program.

What brought you to South Florida? My family migrated to Miami when I was 2 years old. At the time, the government in Guyana moved in a hard left, socialist direction, very similar to other socialist regimes in the Americas. My mom went to college in the U.S., and my dad went to school in England. So they had those links when they decided to leave [Guyana], and we came to the U.S.

Was it a difficult adjustment? When my parents moved here, we became ensconced in different cultures and felt welcomed by the Cuban community. I have guarapo and pastelitos in my blood. My family is Muslim, and the first mosque we ever went to [in Miami] was in Liberty City. I had the great fortune to meet Muhammad Ali there when I was a kid. It was an event that transformed the trajectory of my life.

Why was that moment so important? It was a turning point because, as an immigrant kid who didn’t see myself as part of the grander narrative of what was happening around me, seeing this athlete – who was also Muslim – and then learning about his life story and his journey as a humanitarian, was inspiring. It showed me what was possible.

Why did you want to study law? I had a conversation with some of my mentors, and they said law is one of the last graduate degrees that involves studying the classics. It’s philosophy, debate, reason, logic, history. I knew I wanted to pursue a graduate degree that would allow me to grow and come out on the other side with something useful. I’m passionate about tech, but I’m equally fascinated by the power of human connection. I never ended up practicing law, but I’m still a member of the Florida Bar.